This feature film is told without any dialogue.

Trailer for THE WHISPERERS (2 mins 30 sec)

THE WHISPERERS is an independent feature film.

A murdered woman’s past comes back to haunt her during the last 6 hours of her life.

SYNOPSIS: A woman lies dead on her kitchen floor. The front door bursts open and in she walks from 6 hours before. We follow her last hours – alive, alone and increasingly paranoid. Tormented by visions from her past. A past that involves her husband, 2 best friends, infidelity, jealousy and the desire to have a child, at any cost. But is this reality or mere delusion?

Why is she obsessed with the car in the driveway, why is she so afraid to enter her own garage and what is she burying in the backyard at night?

As her visions spiral out of control a power outage plunges the house into darkness. An eerie figure stalks her and a violent confrontation reveals the harrowing truth behind the mystery of her death. 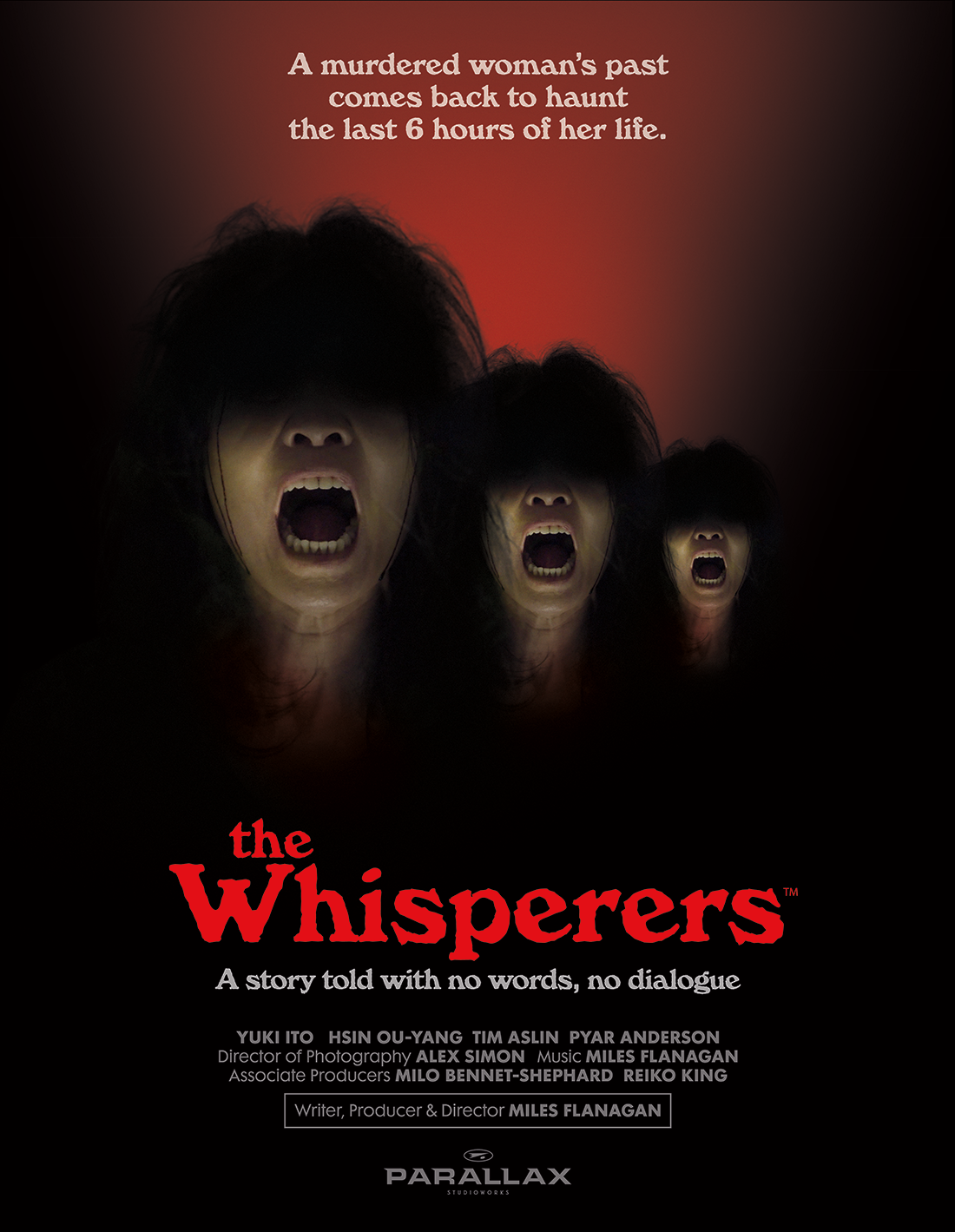 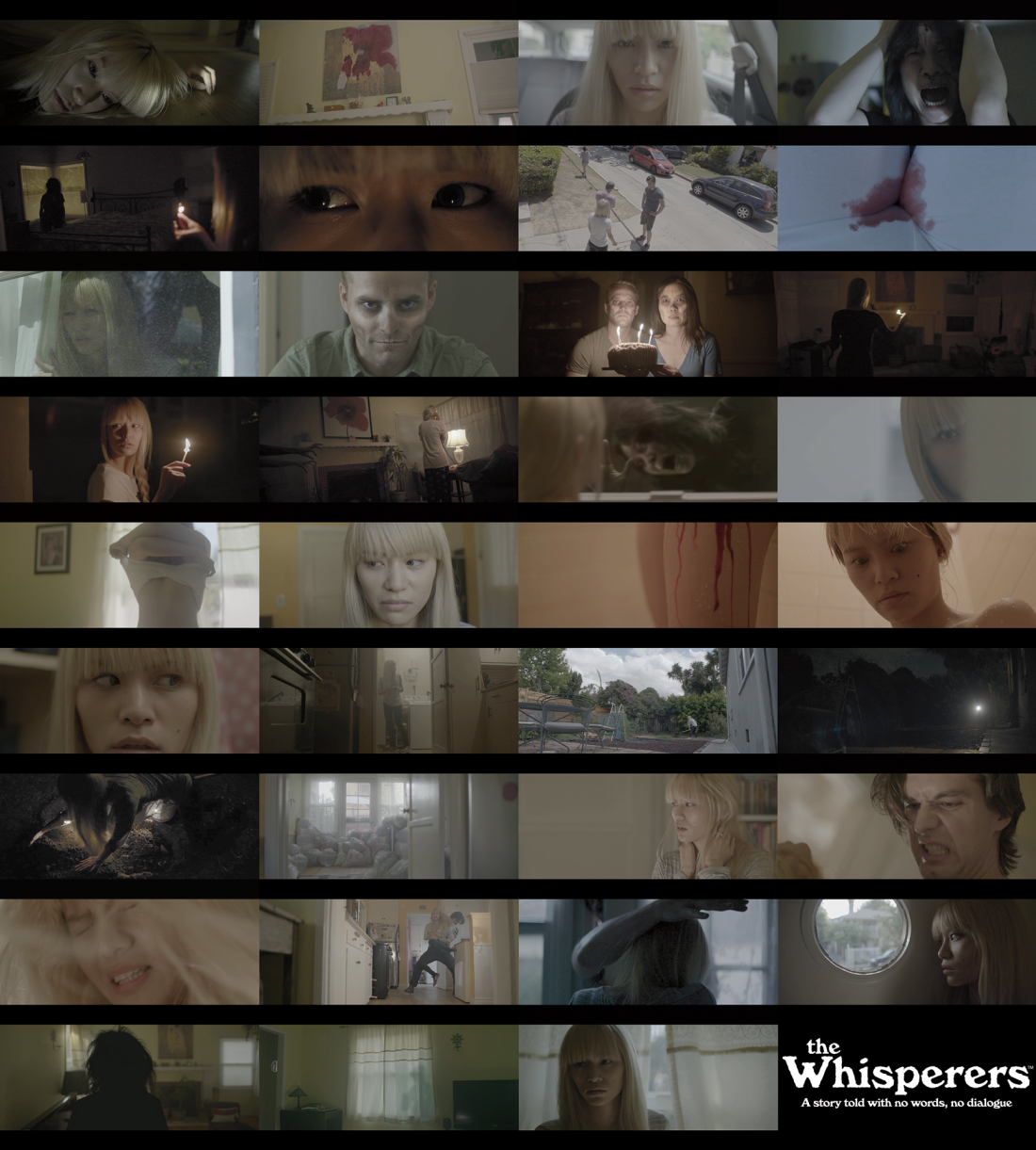